Beat the Bounds of Gatwick Airport

It’s hard to believe it when you are trapped inside the huge concrete sprawl of North and South Terminal, but most of the area around Gatwick Airport is green fields.Indeed, part of the 150 mile Sussex Border Path passes right outside both Terminals, and walkers risk life and limb crossing the dual carriageway as it passes beneath the shuttle which connects them together. 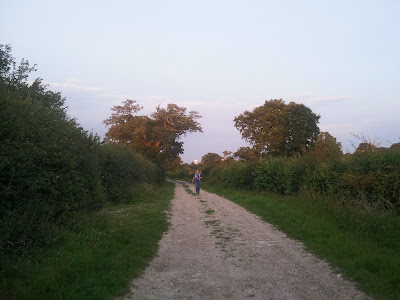 Beyond this, the walk passes into the valley of the River Mole, a hidden valley concealed by manmade grassy bunds which separate it from the airport to the South and the villages of Hookwood and Povey Cross to the North. Eventually the path emerges and crosses open fields to Charlwood, a pretty little village which suffers slightly from its proximity to the airport. Charlwood has a number of pubs, and the Rising Sun also conceals an authentic Nepalese restaurant at the rear, with taxis on hand to transport weary walkers back to the airport and railway station for less than £10. The walk from the airport takes around an hour and a half.