Yesterday, your author was lucky enough to spend the day at the Great Dorset Steam Fair at Tarrant Hinton, near Blandford Forum. The event is a gathering of traction engines, tractors and vestiges of historic life in rural England which is now in its 47th year. As the double decker bus bounced over the hill and the Fair came into sight, the feeling of excitement was much the same as was felt some 16 years ago when first arriving at Glastonbury Festival, with almost as much to see and do. Today is the last day, but the sun is shining and if you leave now you could still get there. 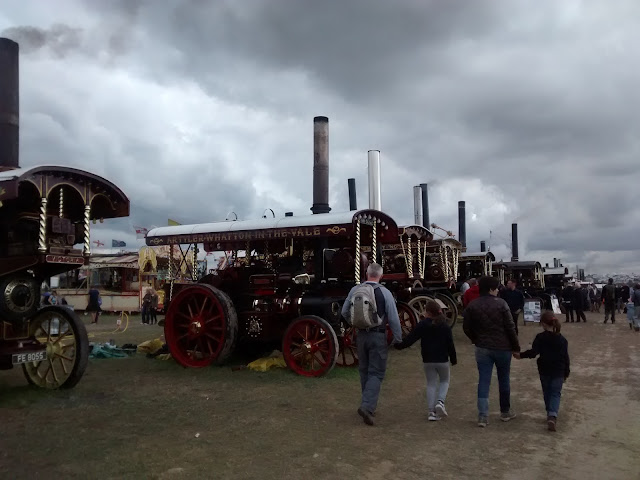 Any show which holds the Guinness World Record for the largest parade of steam rollers, where you can pick up a new handle for your garden spade for just £4 and where you can watch historic earth-moving equipment demonstrating how to build a new stretch of road is as remarkable as it is not for everyone. However, those who do embrace it have the time of their lives, with cider of unknown percentages served in ex-military tents, miniature traction engines, horse ploughing demonstrations and the chance to take a picture with a mock-up of the late Fred Dibnah all experiences on offer on site.

For more, see http://www.gdsf.co.uk/
No comments: