The annual Fringe Festival in the South Cotswold town of Stroud began yesterday and continues all weekend, offering a range of free entertainment in pubs, cafes and streets around town and in the main stage in Bank Gardens. For the first time in many years your author will not be attending due to a wedding in Worcestershire, but the Festival promises as always to be a good one. 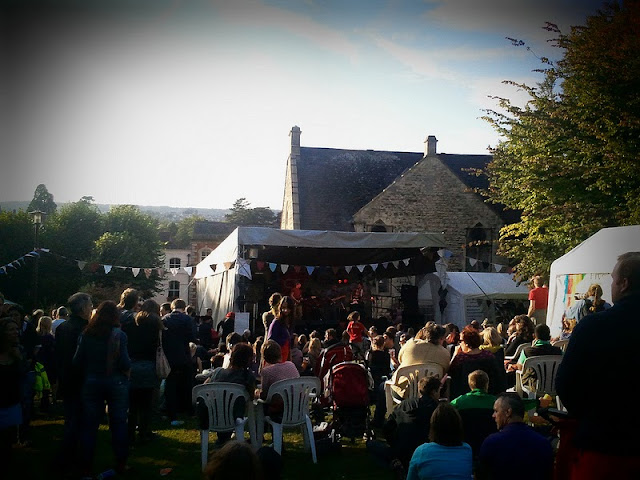 The Festival has grown and shrunk and grown again over the years since it began in the 1990s, but offers some very pleasant entertainment from a range of bands that very few people have ever heard of. Nevertheless it's this small town at its best and brings out a local crowd and many from further afield to enjoy the entertainment.

For more and a full lineup, see http://www.stroudfringe.co.uk/

Climb down from Birling Gap

The ladder at the tiny hamlet of Birling Gap, with its 19th century coastguard cottages, offers a rare chance to access the beach among the world famous Seven Sisters chalk cliffs, which rise to a peak at Beachy Head. Where once there was a rickety ladder, and later stairs now there is a new and improved metal staircase which makes the beach accessible for most able-bodied people. 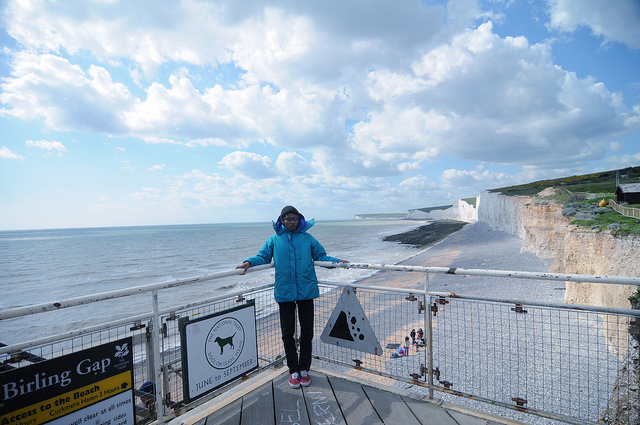 When your author last visited, he walked from Eastbourne over Beachy Head - with a late lunch at the Beachy Head Pub - and then had an evening drink at the Birling Gap Hotel before catching a taxi back to the station. As a walk, it is highly recommended.

See some art at Towner, Eastbourne

An award-winning art gallery in Eastbourne, Sussex, the Towner originally opened in 1923, and in 2009 relocated to its current premises attached to the Congress Theatre in Devonshire Park, where it maintains a rolling programme of great arts for a town with a population of nearly 100,000 people, as well as many tourists and visitors. 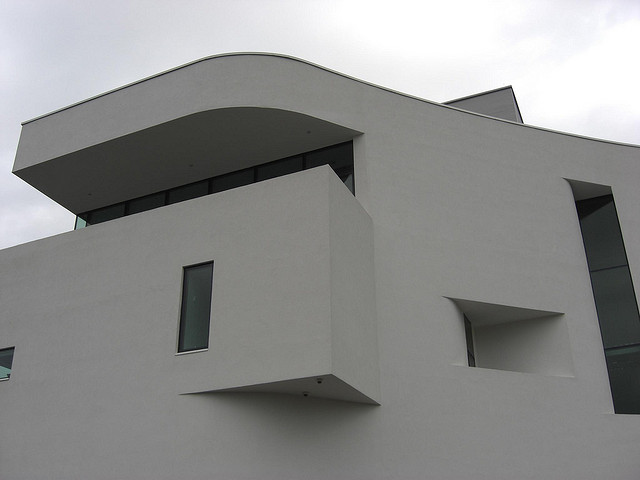 The Towner's collection includes works by Tacita Dean, Henry Moore, Pablo Picasso, Eric Ravilious, Eric Slater, Alfred Wallis and the British painter with the best name in the business, Thomas Jones. Nowadays, some say it's part of a 'ring of pearls' of South Coast art galleries that includes the Jerwood at Hastings, the De La Warr Pavilion at Bexhill and the Turner Contemporary at Margate.

The very first building acquired by the then-newly-formed National Trust in 1896, Alfriston Clergy House was built as a farmhouse in the 14th century, and was later used as a convenient home for the parish priest, situated beside the parish church on the village green. 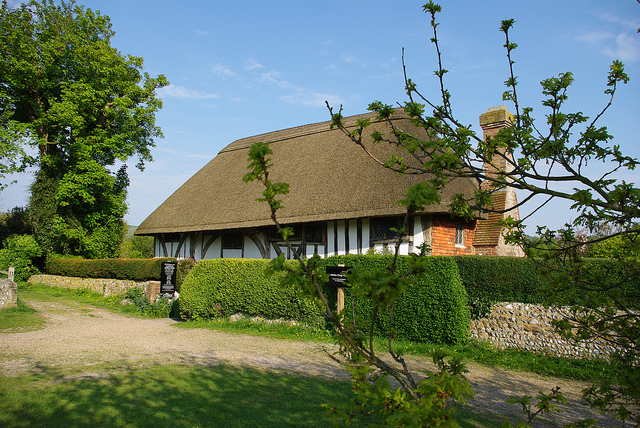 It's a peaceful spot, and whilst the house is very interesting the garden is the real pleasure of the place, offering a pleasant setting to soak up what remains of the summer sunshine, whilst considering the work of those who built a charity to care for such interesting places, and the volunteers who keep them open today.

An attractive 16th century pub close to the Pilgrims Way - a route that once took travellers by foot to London, Canterbury, Dover and the Continent - The Five Bells Inn is now also on the North Downs Way, a modern walking route that here follows the line of the Downs towards Folkestone & Dover. 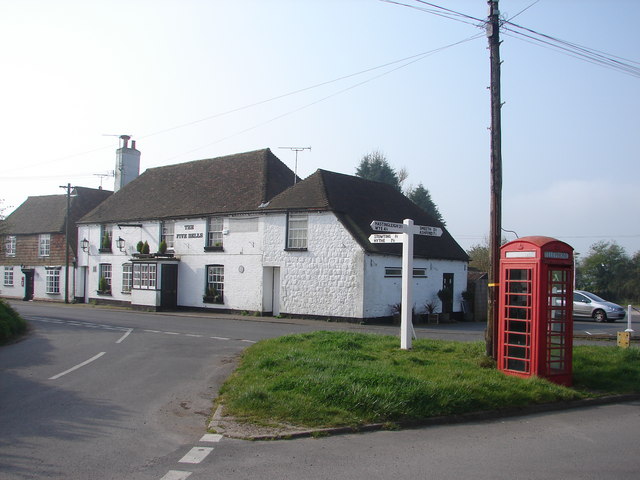 Though it has an up-to-date feel inside it is not at the loss of it being a friendly local pub, with woodsmoke in the air when your author last visited and fresh food for sale from the kitchen and also in the form of the in house village shop, as well as added extras necessary to make a pub profitable nowadays like breakfast brunch and morning coffee, tea and cake.