The parish church in the Lincolnshire town of Boston is one of the largest parish churches in England, known for its huge tower - visible for miles around in a particularly flat area of the Fens - which is affectionately referred to as the Boston Stump and used for navigation by everyone from 16th century farmers to Second World War bomber pilots. 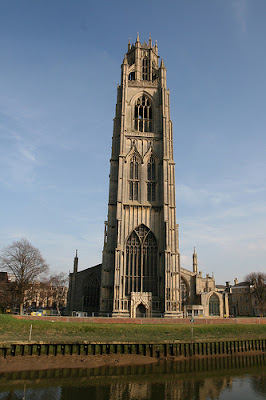 Construction of the church started in 1309, but the tower was not begun for another century, until 1450, with the church completed by 1510. The church is known for its library, founded in 1634 and regarded as one of the best parish libraries in the country.