Opened in time for the summer season in 1881 and built by Head Wrightson of Stockton, Skegness Pier was designed to allow North Sea boat trips, which we are told ran as far as The Wash and Hunstanton in 1882. 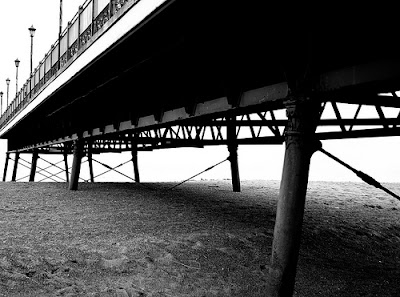 Despite various bumps and scrapes - from a ship in 1919, floods in 1953, demolition work in 1971 - the pier remained intact until severe gales caused damage in 1978, and further damage caused the pier to be partially dismantled in the 1980s. Whilst only 118 metres of the pier remain, it has since been refurbished and is still a popular spot for visitors.