A decent little pub in the upmarket North Norfolk village of Brancaster Staithe, built in the 18th century and still popular with locals and visitors, especially due to its attached brewery which produces ales such as Brancaster Best, Malthouse Bitter - named after one of the country's largest malthouses which stood in the village from the 18th century onwards, built from Roman bricks - Oystercatcher and The Wreck from local ingredients. 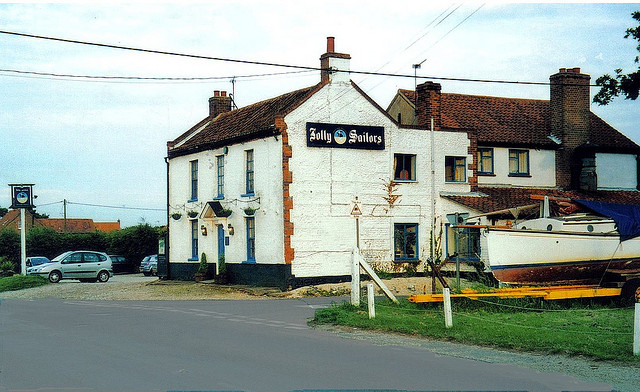 When your author visited for a beautiful wedding last month at nearby St Mary's Church, Burnham Deepdale - known for its Saxon Round Tower, its Norman Font and its Medieval Glass - he managed to sneak in two trips to the Jolly Sailors in 24 hours, and was even lucky enough to stumble across the pub's 4th Norfolk Ale and Music Festival.