An experience from your author's childhood, when family would meet in the Forest of Dean in Gloucestershire for picnics and bike rides, and an occasional visit to the Forest of Dean Sculpture Trail, a four mile walk around some interesting sculptures which when it opened in 1986 was one of the first of its kind. 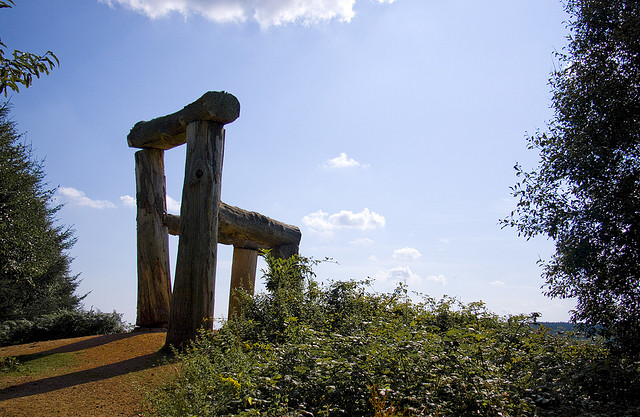 The trail is maintained by the Forest of Dean Sculpture Trust, which continues to add new works such as  Annie Cattrell's Echo, which was installed in 2008 and David Cotterrell's imposing eleven metre high Hill33, added in October 2010 and weighing 1,300 tonnes.