Perhaps surprisingly, the highest road pass in Wales is less than two miles from the English border, a short drive south west of Hay-on-Wye. The single track road initially rises gently from from Hay to before steepening towards an altitude more than 540 metres (1,801 ft) at the point that it passes between Hay Bluff and the poetically-named Lord Hereford's Knob (pictured) in the Black Mountains. From here, the road drops towards the pretty little Chapel of St Mary at Capel-y-ffin and the former Augustinian priory at Llanthony. 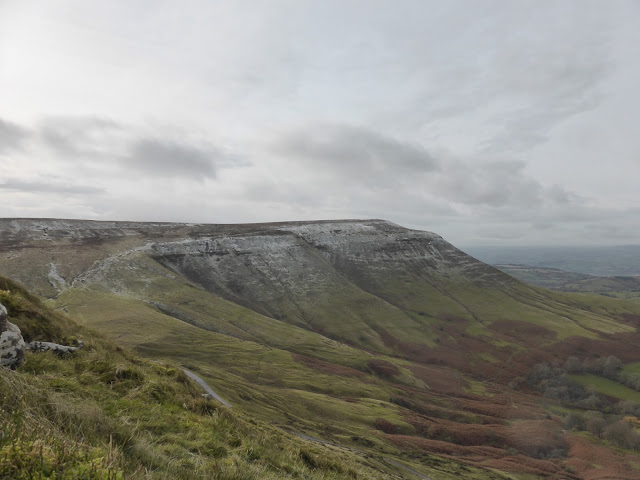 Local folklore has it that the pass draws its intriguing name either from the 12th century Crusaders who passed through it preaching and raising funds on the way to the Holy Land or - rather less believably - from the time that St Peter and St Paul crossed it to meet Claudia, daughter of the Welsh chieftan Caradog, who asked them to convert the Silurians living in the area to the north of the mountains. Today, the pass is popular with cyclists, walkers and those seeking a break from the bookshops of Hay.