Should you ever tire of visiting the nation's country houses, the answer lies a short ferry ride from Wemyss Bay, just outside Glasgow. For so grand are the bag-piping bears and starry ceilings of Mount Stuart - on the Isle of Bute - that they feel like something quite different to all that have gone before them. When the guide boasts that this is Britain's most spectacular Victorian Gothic house, few would dispute it. 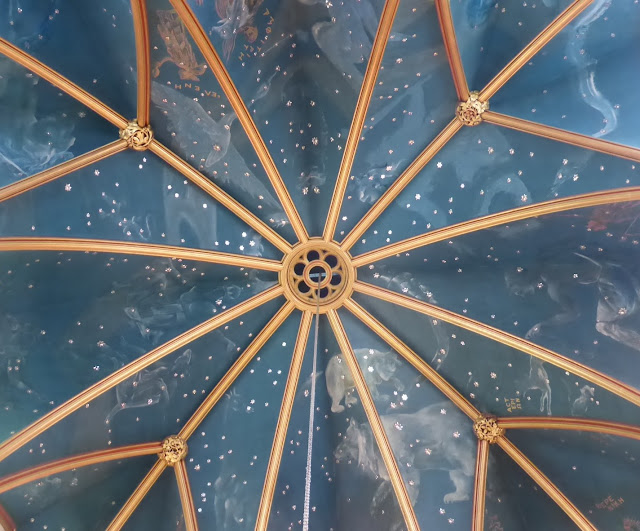 Rumoured to have been the country's first million pound house, with the world's first heated swimming pool, and Scotland's first domestic electric lights, the 3rd Marquess of Bute's architectural fantasy inevitably deals with heavy doses of the cult of aristocracy, but is also a showcase for the extreme wealth Britain's richest could muster in the Victroian era.

Where else but this most fairytale of houses would the descendants of Robert the Bruce be too busy coal mining, motor racing and coordinating world-class art exhibitions to remember they have a copy of Shakespeare's first folio slumbering in the library, a stone's throw from a chapel with more marble than the Vatican's Sistine Chapel? Of course, who can blame them with 300 acres of grounds to explore,  laid out under the watchful eye of the first Scottish Prime Minister and his father and complete with private beaches and rare antipodean plants.

For details and to arrange your visit, see http://www.mountstuart.com