A regular exhibit at Manchester's Museum of Science and Industry allows visitors to take a ride on the site where the first passenger steam trains once travelled, on what was the Liverpool & Manchester Railway. 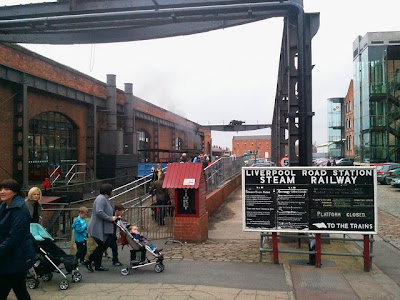 The Musum occupies the buildings of Liverpool Road station, the oldest surviving passenger railway station in the world and on some days visitors even get to ride behind Planet, a replica 1830 Robert Stephenson and Company steam locomotive. For TV fans the short journey also runs alongside Granada Studios, offering the chance to peer in and see where TV classics such as Coronation Street and Sooty were filmed.