A 34 mile distance walking path connecting Whitchurch in north Shropshire with Frodsham on the banks of the Mersey estuary, the Sandstone Trail follows a ridge of wooded sandstone hills which stretches all the way across an area of countryside known as the Cheshire Plain 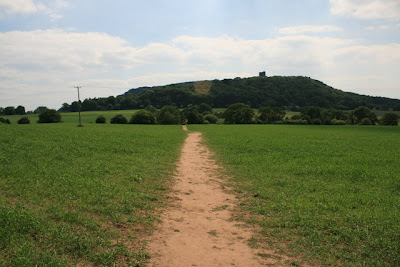 Along the route, the trail takes in Bronze Age and Iron Age hill forts, Roman roads, Medieval churches and castles, and some spectacular views, and also inevitably passes some lovely pubs including the 17th century Pheasant Inn at Higher Burwardsley in the Peckforton Hills - itself built in red sandstone - at which your author once spent a fantastically snowy Christmas.