Tracing its origins from the Trade Union, Labour and Co-operative History Society, Manchester's People's History Museum is just as you might imagine it, started in the 1960s as a small collection which was exhibited in a museum in Limehouse Town Hall in London between 1975 and 1986, it's difficult to say whether it says more about the political polarisation of our country or about the fine work in encouraging regional museums. 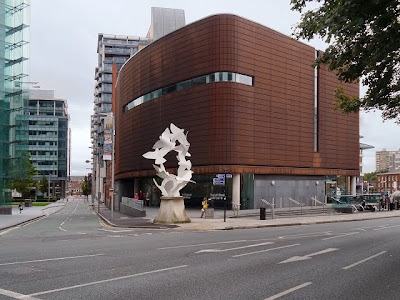 We are told that the museum came to Manchester due to funding offers from the local authorities, and opened in 1990 on Princess Street in the city. After a refurbishment between 2007 and 2010, it reopened on the left bank of the River Irwell where it is still open for free daily. The result is a fine collection of artefacts and exhibits on social history around the country, with an occasional particular focus on Manchester.