Your author has fond memories of catching minnows in the shallows of the River Wye below Sellack Bridge in Herefordshire as a child, and the swing bridge which crosses the river between the villages of Sellack and Kings Caple near Ross-on-Wye. The bridge was opened in 1898 to link the two parishes by public petition, apparently because the vicar was having trouble getting ferryboat men to take him across the river. 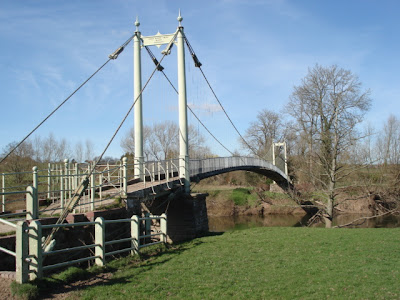 The bridge was commissioned by Hereford architect Mr Ernest G. Davies, and designed and built by Louis Harper of Aberdeen,, and opened in 1898. It has always struck your author as unusual as it stands in open countryside and does not carry a road, making it a pleasant inclusion to a walk in the beautiful surrounding countryside.