It was during childhood visits that the late poet Sir John Betjeman fell in love with the chapel of St Enodoc, a building tracing its history back to the 12th century which stands among sand dunes on the North coast of Cornwall, and it's easy to see why. Overlooking Daymer Bay and the Doom Bar now famous with ale drinkers across the land, the chapel had been buried in sand dunes between the 16th and 18th century, accessed for annual services through a hole in the roof. 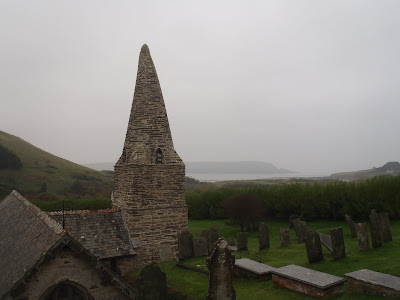 When the sands eventually receded new life was breathed into St Enodoc's, and it was renovated in 1864 and this was the way Betjeman came to love it, first as a child, then when he immortalised it in his poem about the village of Trebetherick. In fact it was so important to him that as a seasoned visitor of thousands of churches he chose to be laid to rest in the graveyard, where he can still be found.