A couple of miles north of Penzance, and at the end of a winding muddy path, Madron Holy Well is thought to date from pre-Christian times and is still visited by passers-by. The well is easy to find, with signposts and more traditional 'clouties' - pieces of rag tied to the tree according to traditional custom at healing wells. 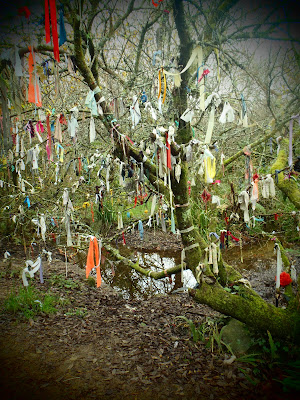 Nearby, a ruined chapel from the 12th century contains a well with running water in corner where it fills a simple baptistry before being piped away. Many suggest there was a simple building here from Celtic times onwards, and the water was thought to have healing properties, bringing many to bathe in its healing waters. Local folklore tells of John Trelill, who had been a cripple for 16 years, being cured by the water in the 17th century.