Though the great 20th century sculptor Barbara Hepworth was born in Wakefield and spent time in Hampstead and Italy, moved to St Ives in Cornwall with her husband Ben Nicholson in 1939, and acquired a traditional stone building called Trewyn studios in 1949, working there until she was killed in a fire in the building in 1975. 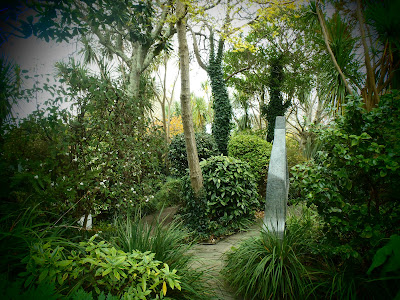 The building which had become Hepworth's home was opened to the public - according to her wishes - in 1976 and remains open to the public all year round, allowing visitors the opportunity to see the place where Hepworth lived and worked and also to explore the beautiful garden she created with her friend, the South African-born composer Priaulx Rainier, who helped plant it with exotic plants.